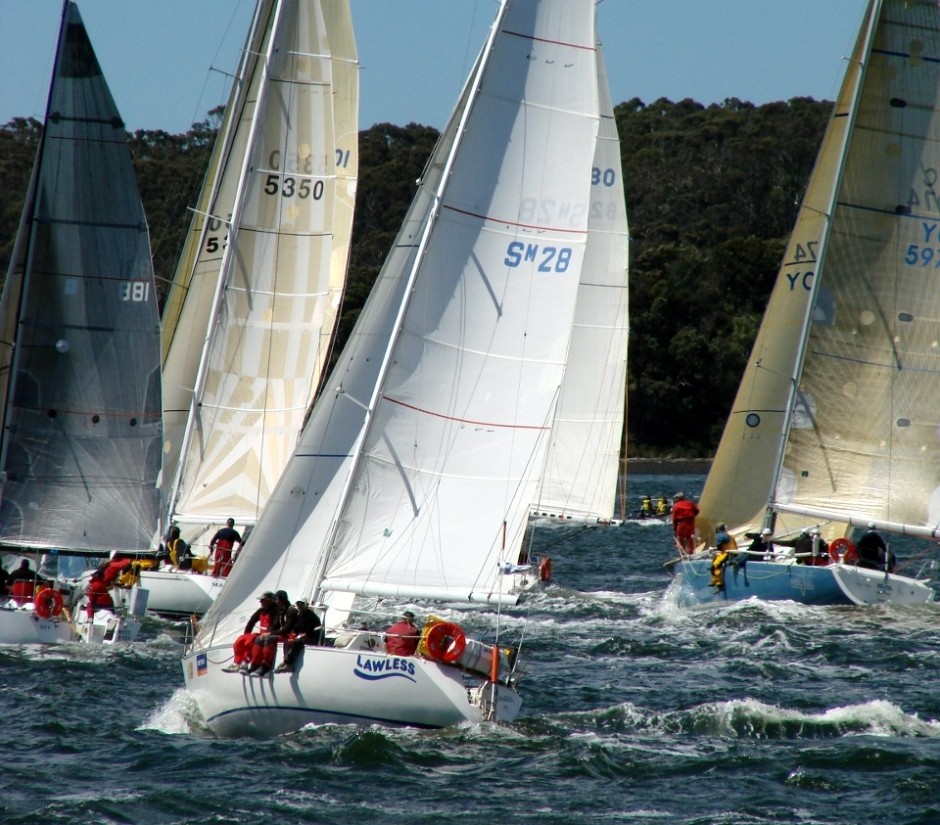 Lawless, skippered by Stephen McElwee, took the handicap honours in the first race of the Three Race Series comprising the Beauty Point to Low Head Dash, the Launceston to Hobart and finally, the King of the Derwent on 2 January.

Both Lawless and Nexedge have had top results in Australia’s premier ocean race, the Sydney Hobart.

However, Nexedge made amends with a first place on corrected time in the strongly-contested IRC category,  winning from two other BYC boats, Martela (Tony Williams) and B&G Advantage (Jeff Cordell).

Both Lawless and Obsession appear to be well placed as the Launceston to Hobart sails slowly down the East Coast in light winds.