Finally…they’re away in the L2H 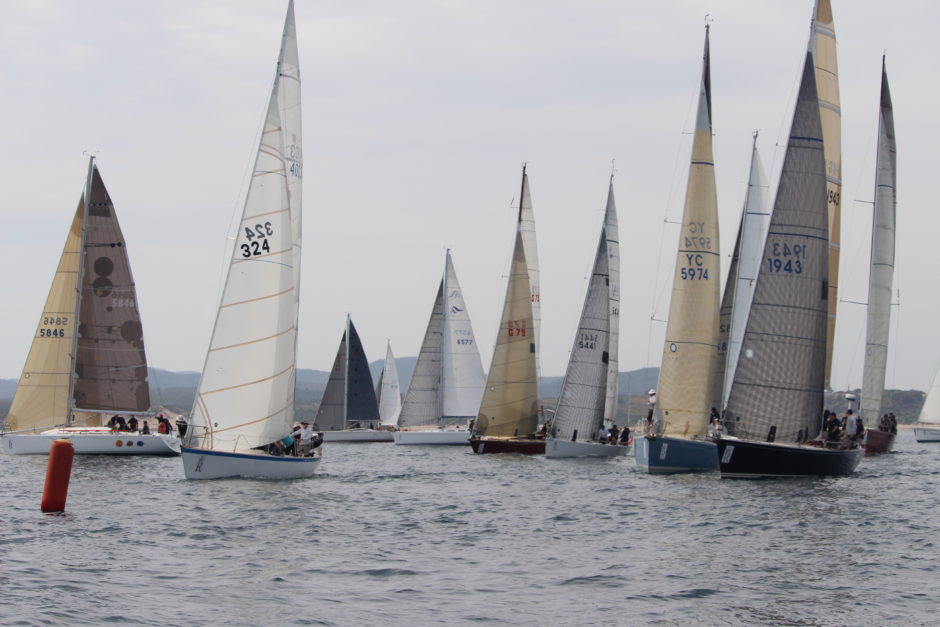 The 26-boat fleet in the Riversdale Estate Wines L2H (Launceston to Hobart) is finally underway, after the start line was moved offshore into Bass Strait due to light winds in the Tamar River.

The start had been scheduled to be off Inspection Head wharf, Beauty Point, at 09:00 hours (the time chosen to minimise tidal flow in the river).
“There is absolutely no wind in the river,” reported Derwent Sailing Squadron Vice Commodore and chairman of the Race Committee, Nick Connor.

However, ten minutes before the start signal the race officers hoisted Code P (postponement) and Code L (follow me) and the committee boat headed six nautical mile down the river past Clarence Point and George Town and out of the river at Low Head. Even out in Bass Strait, of Low Head’s East Beach, there was not much wind, but race officers decided there was enough breeze to get the fleet on their way on a slightly shorted course along Tasmania’s north-east coast, through Banks Strait into the Tasman Sea and then down the east coast.

The L2H officially started at 10:25 hours from a line set about 1 nautical mile NE of Low Head Lighthouse, “with Bass Strait far from its tempestuous reputation, in a light NE zephyr,” according to DSS sailing manager Peter Watson.

Line honours favourite, The Fork in the Road, skippered by former Olympic sailor Gary Smith, got on of the best starts and with an hour of the start had opened up a handy, close reaching towards Banks Strait. B&G Advantage also got away from the pack and was well placed.