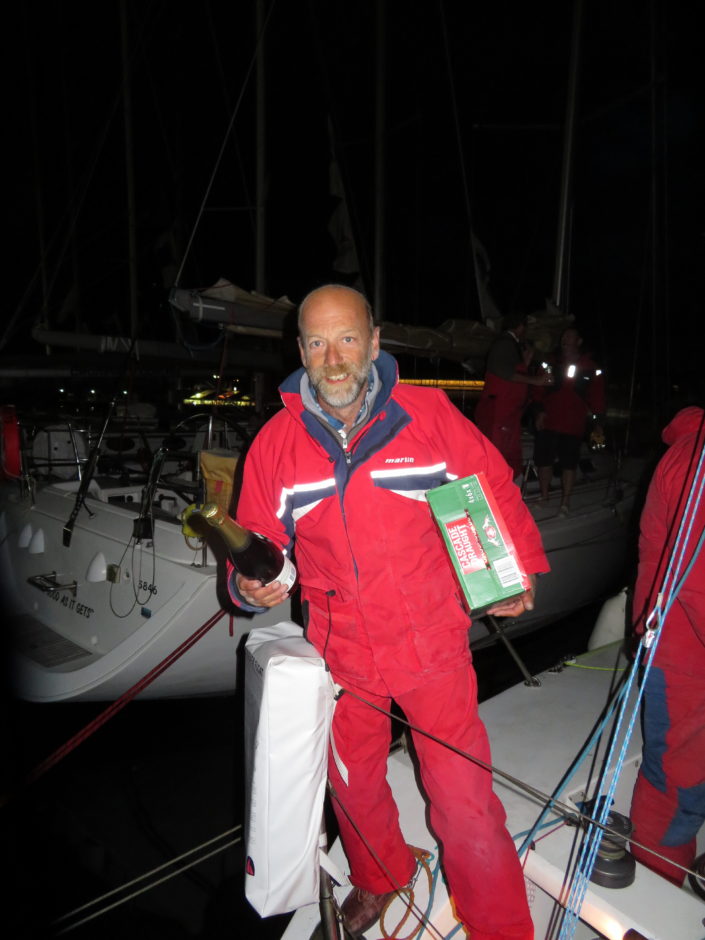 Built 40 years ago of Tasmanian timbers, the 9.1m sloop Mako  has made a clean sweep of handicap honours in the 285 nautical mile Riversdale Estate Wines Launceston to Hobart yacht race.

Mako crossed the finish line off Hobart’s Battery Point at 03.04.34 this morning with the Derwent Sailing Squadron confirming her victories in the afternoon. She is the smallest boat to win the L2H overall since Footloose in 2010.

The win was a fitting result for Solely who was forced to withdraw Mako from last year’s Launceston to Hobart (L2H) when a crew member was injured on the morning of the race start from Beauty Point.  It was to have been Mako’s first L2H for her new owner. 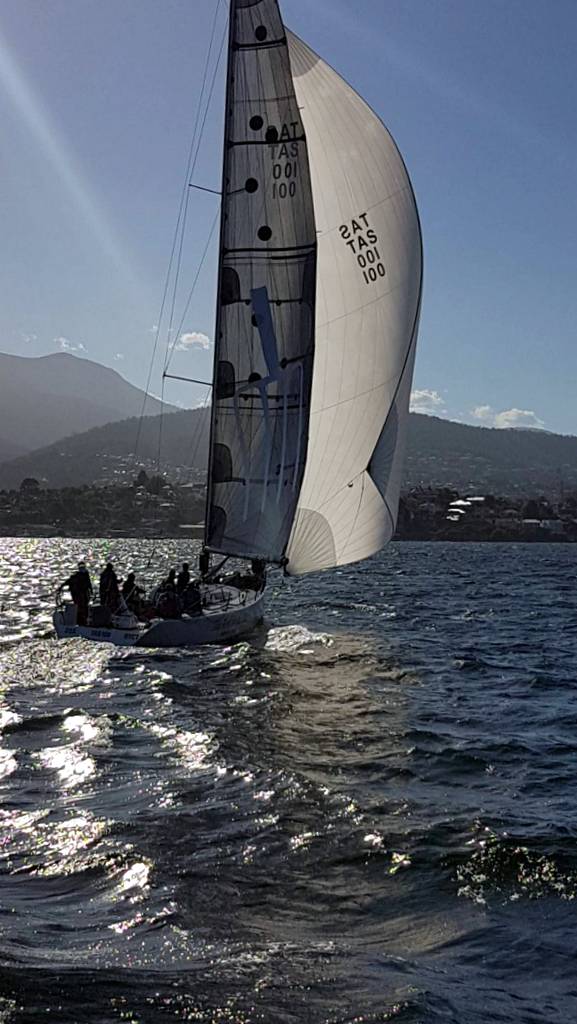 The Fork in the Road coming up the Derwent to the finish line.

“The start of the L2H was the first time we had all sailed together, but we quickly came together as a great team and that took us to victory,” said Soley, who lives at Clarence Point in the Tamar River after moving north from Dunalley following the horrific bushfires.

“Mako was built with great skill and care by Jim Harris to a Farr D#54 created by New Zealander Bruce Farr, starting in 1977 and launching the boat in 1979,” he added.  “The hull is King Billy pine diagonally laid over Celery Top frames.”

Whilst based in Sydney, Solely crewed on the famous 16-foot skiff Elvina Bay, then skippered by Moth class world champion David McKay and was also involved in Zulu yachts campaigns. He has also raced B14s and NS14s.

The last boat to finish, Ian Gannon’s Take 5, placed fourth on corrected time after crossing the line at 8.49am today.

“Next Tuesday (2 January) we plan to take on the King of the Derwent and in January Bellerive Yacht Club’s IOR Cup,”added winner Soley.