Pukana – oldest and smallest in L2H 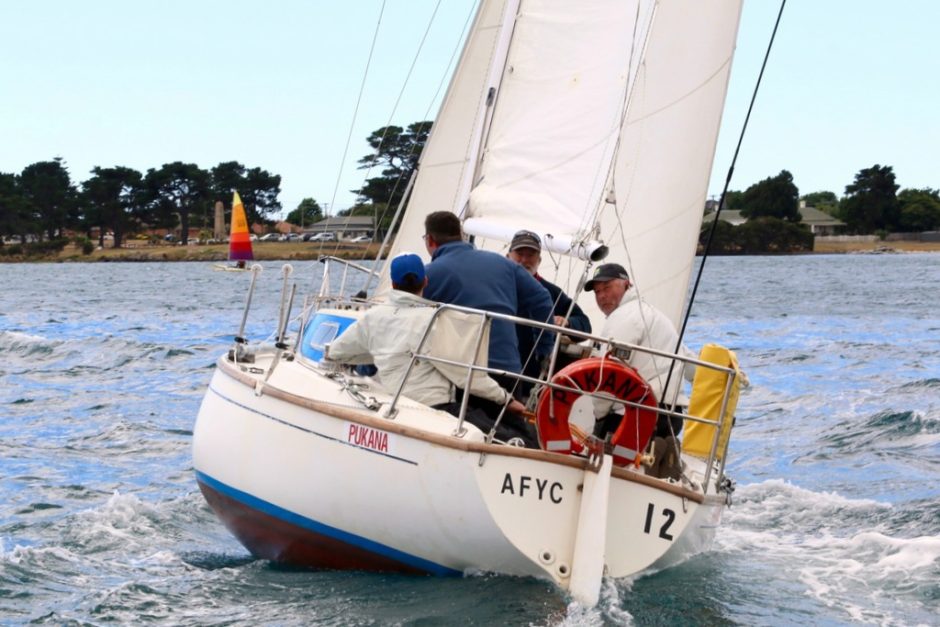 Launched in 1973 and just 8.6 metres LOA (length overall) Pukana is the oldest and smallest boat starting in today’s Launceston to Hobart Race.

Aside from the boat’s age and LOA, a successful start and finish will be a notable achievement for owner-skipper Andrew (‘Flipper’) Matton-Johnson. “We’ve had four attempts to start in the L2H and this should be our second successful race start; hopefully we’ll see a good handicap result,” Matton-Johnson said yesterday, recalling that a broken mast and heavy weather had twice prevented the little yacht from reaching Beauty Point for the start.
“When we did start last we did not finish,” he added.

A fleet of 24 boats, including two from Victoria and three from the Tamar, will compete in the 11th Riversdale Estate Wines Launceston to Hobart Race, starting from Beauty Point on the Tamar River. Pukana is the sole entry from Geilston Bay Boating Club, a mixed yacht and powerboat club on the upper reaches of the Derwent. Previously she sailed out of the now defunct Austins Ferry Yacht Club where owner Matton-Johnson was Commodore.

Designed by US-based naval architect Scott Kaufman, Pukana is a Supersonic 8.6, built in Sydney 44 years ago but fitted out in Launceston. A crew of only four will sailing the boat on the 285-nautical mile race down Tasmania’s East Coast, owner/skipper Andrew Matton-Johnson, Vic Kaiser and Elson Broderick and his son Dusty. “We are looking forward to some strong westerly winds towards the end as heavy weather reaching is her best angle of sailing.”