Tilt leads Fork in the Road through Banks Strait 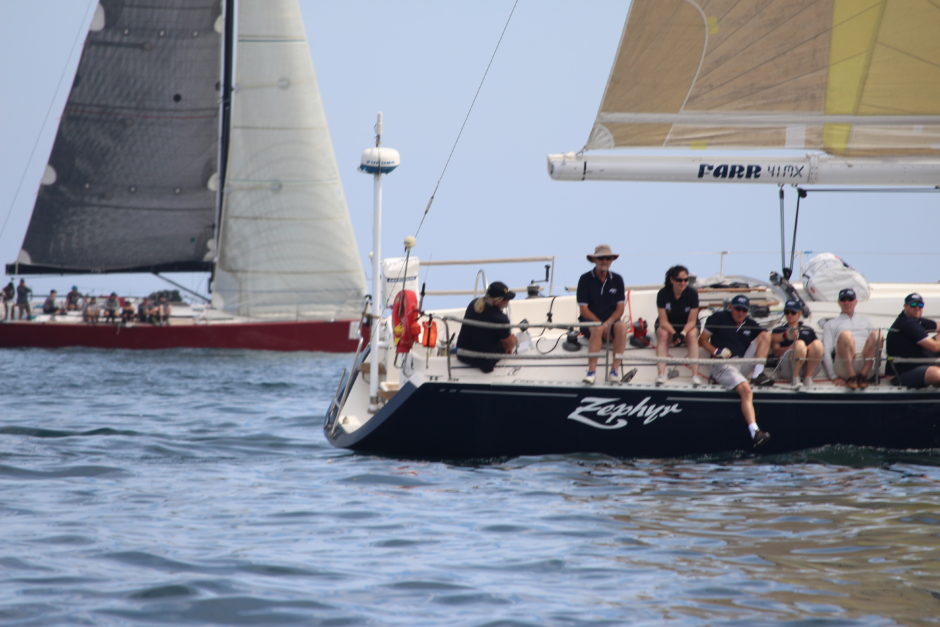 The Marten 49 Tilt, owned by Peter and Catherine Cretan, has led the fleet through the Banks Strait towards the end of day one of the Riversdale Estate Wines L2H 2018 race. However, Tilt was still only a few hundred metres ahead of The Fork in the Road skippered by Gary Smith, the line honours favourite for the 285 nautical mile from the Tamar to Derwent around Tasmania’s rugged eastern coastline.

Since the delayed start, a Bass Strait start and barely a zephyr of wind early this morning, the 26 boat fleet has made good progress across the north-eastern coastline of Tasmania in a freshening nor’easter. Tilt and The Fork in Road, and most of the fleet had to make only one tack, to clear Waterhouse Island, before entering the sometimes rushing waters of Banks Strait, the passage between the Furneaux Islands and the north-eastern tip of Tasmania.

At 21:00 hours, the two leading yachts had covered near 80 nautical miles in 11 hours, beating in the nor’easter. Unfortunately, the breeze seems to have dropped away after dark. Third in the fleet and well placed on predicted handicaps is FilePro, the former Sydney Hobart race winner then called Cuckoos Nest. Now owned by a syndicate of Bellerive Yacht Club members and skippered by Tim Gadsby, FilePro is estimated to be first on IRC scoring and second on AMS.

The leading boats in the fleet at 21:00 hours today were Tilt, The Fork in the Road, FilePro, Heatwave, B&G Advantage and Rad. Last boat in the fleet was Phase Three, Paul Strong’s Zeston 46 cruising yacht.